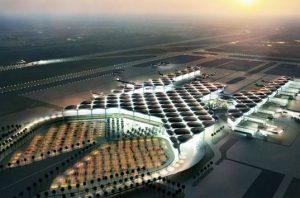 DAY 1 : Arrival to Amman Airport
Meet and assist at amman airport – start your visit with Mt Nebo – Madaba – cross into Israel and stop at Jericho. This was the first city conquered when the Israelites entered the Promise Land. Also visit Yardenit for renewal of baptism. Then we will proceed to Tiberias for Dinner and Overnight.

Morning cruise on the Sea of Galilee – along its shores much of Jesus’ public ministry took place; where Jesus walked on the water (Mark 6:48). A good opportunity to reflect on the messages of our Lord as we savor the beauty of nature while sailing at the Sea of Galilee. Proceed to Capernaum, where Jesus lived after he left Nazareth; here, Jesus preached to the people and manifested His goodness and omnipotence by many miracles. Capernaum was the home of St. Peter. Proceed to the Greek Orthodox Church and the nearby archaeological excavations of the Synagogue and community. Drive to nearby Tabgha, the site where Jesus performed the Miracle of the Multiplication of Loaves and Fish; visit the Church of the Loft and Fish Miracle. On the stone which serves as the altar, there is mosaic of basket of loaves flanked by two fish to commemorate this miraculous event. Two hundred yards away is the Church of Primacy, built in1934 in basalt over a massive rock called “Mensa Christi”. Here where the Risen Lord appeared to his disciples, prepared breakfast for them and gave St. Peter the pastoral commission, Feed my Sheep (John 21:15-19). Ascend to the Mount of the Beatitudes. This is the traditional site where Jesus uttered the immortal words “Blessed are the poor in Spirit, for theirs is the kingdom of God”. (Matthew 5:3-12). Visit the Church and its grounds for private reading of the Sermon on the Mount. On to in Hotel for dinner and overnight.

After breakfast, drive across to the Gallilee – on the way visit Haifa – then view Ceasarea the aqueducts of the crusader city – drive via the port city of Haifa, atop Mount Carmel – forever renowned as being the scene of a contest between Monotheism and Paganism and visit the Stella Marris Church and the Bahai Shrine and Gardens. Continue to visit Nazareth, the place where Jesus spent His childhood; the Church of the Annunciation which was believed to be where the angel Gabriel Announced to the Blessed Mother of Christ which she humbly accepted, “Behold I am the handmaid of the Lord. May it be done to me according to your word” and Mary’s well. Drive to Cana for a visit of the Church of the First Miracle known also as the Marriage Church, here couples will have an opportunity to renew their marriage vows. Cross the valley to Mt. Tabor and ascend by taxi to the Church of Transfiguration. In the late afternoon, descend Mt. Tabor and proceed to Hotel for dinner and overnight.

After breakfast, visit Via Dolorosa – an opportunity to carry a cross while performing meditations on the 14 Stations of the Cross then visit the Church of the Holy Sepulchre – the burial place and resurrection of Jesus. It was built over the site of the place called Golgotha, which means “a place of skull”. Precede your tour of the Old City, starting from the St. Stephen’s Gate (theLion’s Gate), stopping at St. Anne’s Church – regarded as the birthplace of the Virgin Mary and the home of St. Anne and Joachin, the Pool of Bethesda, where Jesus told the lame man to take up his bed and walk. Visit the Cardo and the Jewish Quarter before arriving at the Western (Wailing) Wall, the last vestige of the second temple, where Jews all over the world gather to commemorate the destruction of the first and second temple and pray for Israel’s restoration.Drive to Bethlehem, the birthplace of Jesus and visit the Church of the Nativity, where we find the Grotto of Nativity and Altar of Christ’s Birth and Manger’s Square. Time for some last minute gift shopping at one of the Church stores around before returning to Hotel for dinner and overnight.

Start our appreciation of the Holy City of Jerusalem with a visit to the Mount Of Olives, for a panoramic view of the city, Ascension Chapel – traditional place where Jesus ascended into heaven; then Paster Noster Church traditionally the site where Jesus taught the disciples how to pray “Our Father”; then Dominus Flevit Church in memory of Jesus weeping over the fate of Jerusalem. Visit the Church of Ascension and walk the Palm Sunday route down the hill to the Garden of Gethsemane for an intercessory prayer; it was here where Jesus spent His last night before He was arrested; Basilica of Agony, stopping along the way at the Maria Magdalena Church. Visit the Church of All Nations at the Garden of Gethsemane. Drive to Nearby Mount Zion and visit the Last Supper’s Room and the Tomb of King David. Visit the Dormition Abbey – traditionally the site where the Virgin Mary slept last; and St. Peter’s Church in Gallicantu – traditional site where St. Peter denied Jesus for 3 times. Drive to Emmaus, an old town on the eastern edge of the Ajalon Valley. Here, the resurrected Jesus walked, talked and dined with two of his disciples, Cleophas and Simon. In the late afternoon, tour of Ein Karem the birthplace of St. John the Baptist (now the Church of St. John the Baptist) and the Church of Visitation – where Mary came after the angel Gabriel informed her cousin Elizabeth was six months pregnant despite her advance years. Return to Hotel for dinner and overnight.

After breakfast, Continue to Qumran for a tour of the site were the Dead Sea Scrolls were found. And then proceed to Dead Sea, the lowest point on Earth and enjoy some time at their private beach till transfer to Border crossing. Arrive at the Border. Meet your guide and driver when you come out of customs and immigration. Onto Amman airport for departure